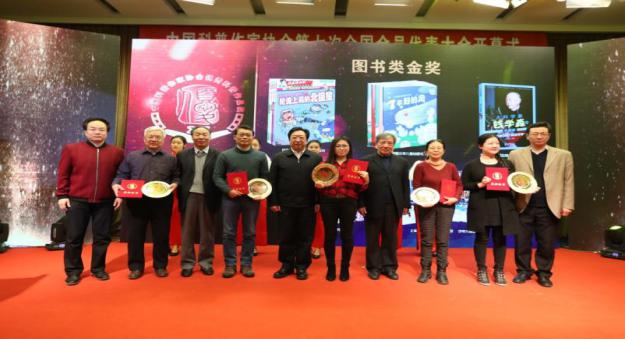 In view of this evaluation activity, children’s science works still occupy a large proportion among all books. In addition to previously commonly seen popular science works and fairy tales, books focusing on young people’s environmental protection and water conservation education, popularization of eco-cultural science, low-carbon life propaganda and other novel themes also frequently appear in the submission. It is obviously seen that the concept of green life has gradually integrated into the quality education today. Among science and art works, due to encouragement by the market and policies, the number of original Chinese science fiction work submissions is significantly on the rise, so is the number of some scientist biographies and science and technology histories with a high aesthetic appeal and scientific research works that combine creativity and critical thinking. In addition, medical science books, basic science books and comprehensive books are continuously focused on hot spots that attract public attention, cutting-edge science and technology fields and outstanding achievements in science and technology, respectively, and are persistently created. Among the film and television works for evaluation, works with popular theme works close to society and the public, such as health care and scientific life, are still prominent. At the same time, ecological documentaries with a higher level of production also cut a striking figure, reflecting the development trend of harmonious ecological society.