On the morning of Aug. 7, the China Science Writers Association (CSWA) established the “Science Writing Base” and “Science Writers Village” in the Zaohuohao village, Hantai Town, Ordos. Wang Ting, Director of the China Research Institute for Science Popularization & Vice Chairman of CSWA, Sun Shuhua, Vice Chairman of the Ordos Committee of CPPSS, Li Peng, Deputy Secretary General of the Ordos Municipal Government, and Liu Fengyun, Deputy Secretary of the Dongsheng District CPC Committee & Secretary of the Politics and Law Committee, attended the opening ceremony, which was presided over by Ding Yongzhi, member of the Standing Committee of the Dongsheng District CPC Committee & Deputy Head of the District. 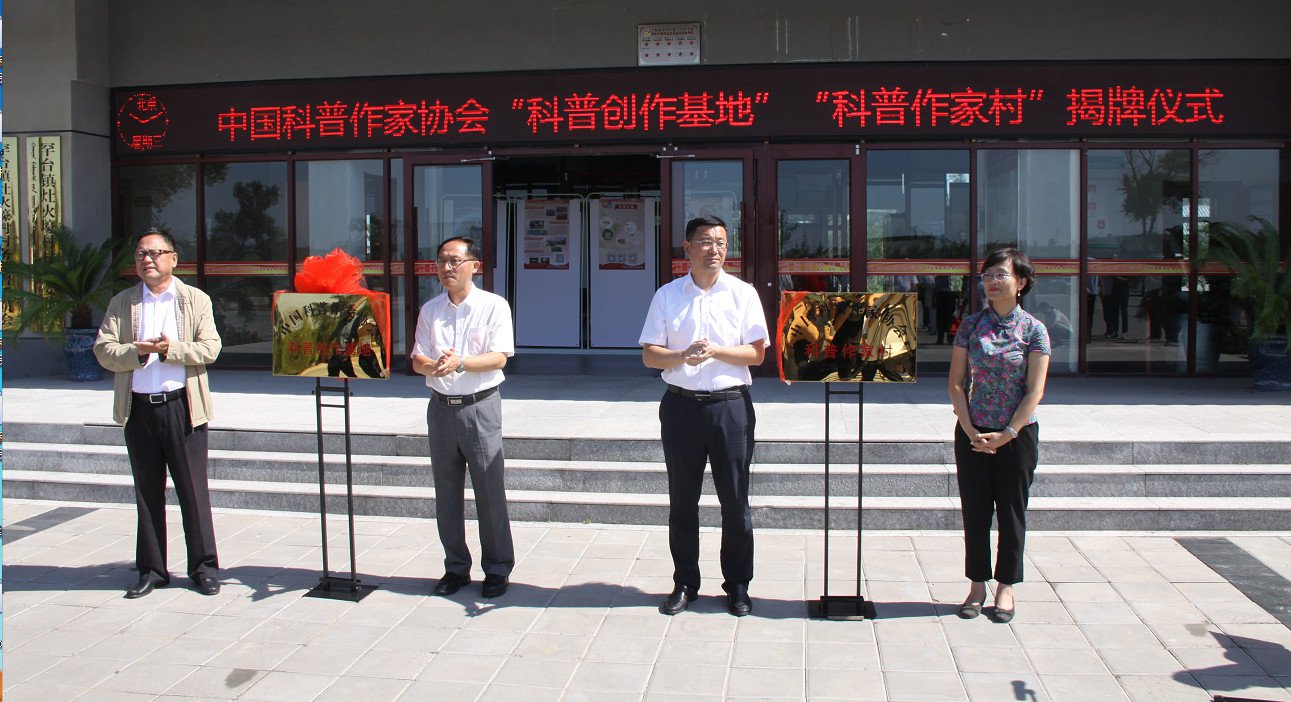 In his remark, Director Wang Ting pointed out that to build the Chinese science writers writing and training base and science writers village is to give into play the important role of science popularization in serving the grassroots levels in the context of the rural revitalization strategy. The base will be focused on the theme of“Cultural Travel + Science Popularization”, and, by combining cultural tourism projects and popular science writing, make a series of new attempts, in a bid to jointly promote the coordinated development of “Cultural Tourism + Rural Revitalization + Popular Science Writing + Targeted Poverty Alleviation”. This move will not only serve rural revitalization and economic development, but also activate science culture and improve scientific literacy. Chen Ling, Secretary-general of CSWA, believed that explorations in the construction of the“Science Writers Village” and “Science Writing Base” represent an innovative initiative of CSWA, in the spirit of its purpose, to serve its members, strengthen writing and cultivate talents. In the meantime, by blending local strengths and resources of Ordos, the base will take original excellent popular science works as the source and industrial development as the bond, integrate fruits in such areas as science and technology development, human spirit and ecological achievements, thereby providing an example for promoting the fusion of local culture with travel and bolstering rural revitalization and transformational development. The Zaohuohao village, Hantai Town, Ordos is an “integration road of commerce and salt business and path of revitalization featuring old and new elements”. It boasts an unique advantage in integrating cultural tourism resources, e.g., farming culture and grassland culture, and Central Plains culture and Mongolian culture, making it the 1st “Popular Writers Village” and 6th science writing base established by CSWA. In the future, CSWA will strengthen its construction of and guidance on the science writing base and science writers’ village and further build a platform for cooperation and exchanges that links the science resources nationwide, thus boosting the prosperity and development of the science writing undertaking in China.