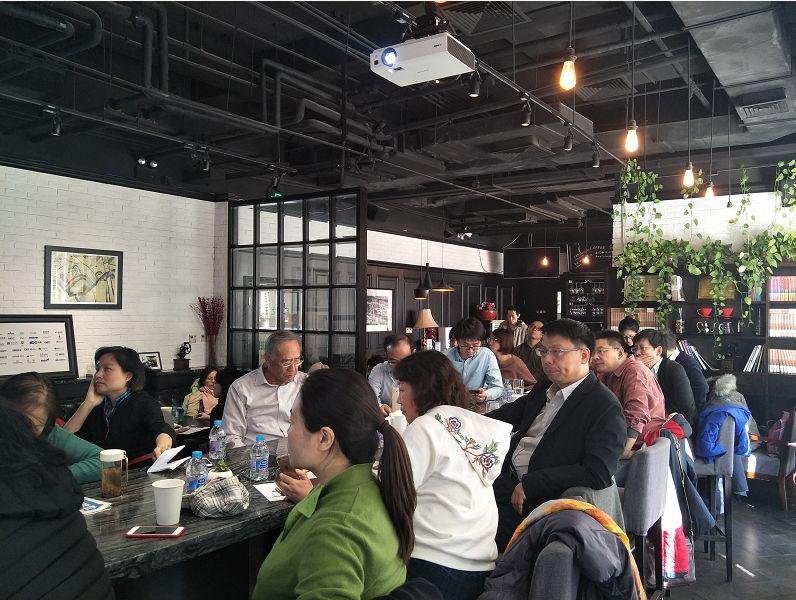 Site of the salon

Yan Jun, Vice Chairman and Secretary-General of Beijing Science Writing Association, presided over the salon, during which Cui Lijuan, Vice Chairman of the 7th Council of the Chinese Science Writers Association and Chief Expert on Science Communication of the National Wetland Discipline, delivered A Talk about Scientific Research and Popular Science Writing, Yin Chuanhong, Editor-in-chief of Popular Science Times and Deputy Secretary-General of China Science Writers Association, lectured on Exploring More Abundant Forms of Popular Science Manifestation—With the Practice of Popular Science Times Since Its Inception 6 Months ago as A Case, and Lin Jujia, former Director, Editor-in-chief and Party Secretary of China Agricultural Science and Technology Publishing House spoke on Operational Mechanisms underlying Cooperation between the Three Parties. Besides, other speeches were Creation of Black Boxes by Chen Xiaodong, former chief engineer and senior engineer of some institute of the Armed Police Force, and Three Principles that Science Editors Should Follow during Popular Science Writing by Bi Ying, Senior Editor from People’s Posts and Telecommunications Press, respectively.

After the speeches by the 5 guests, the participants were engaged in full interactions and exchanges under a lively atmosphere.